The smartphone allows the animal welfare officers (experts in spotting different types of dogs at a distance) to record dogs of different types seen while on transit to areas where roaming dogs are to be captured or collected for sterilisation and vaccination. Resulting maps showing the spatial distribution of sightings (maps) indicate where extra effort should be expended to improve estimates of the various percentages, for example the percentage of females spayed in that area.

When a dog is collected the "Take picture" button is pressed to photograph it and the "Voice record" button then pressed to record its sex and any distinctive features. In addition to ensuring that each dog is replaced at the correct location the geo-referenced photo provides a permanent record of where each dog was released and so, by combining with estimates of current percentage neutered, a way of estimating the current number and distribution of roaming dogs. In addition to the maps the database provides summary reports of the work carried out there and information about the dogs themselves (pregnancy status, disease frequency etc.). 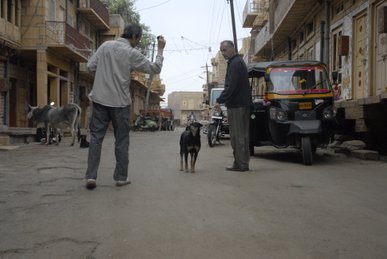 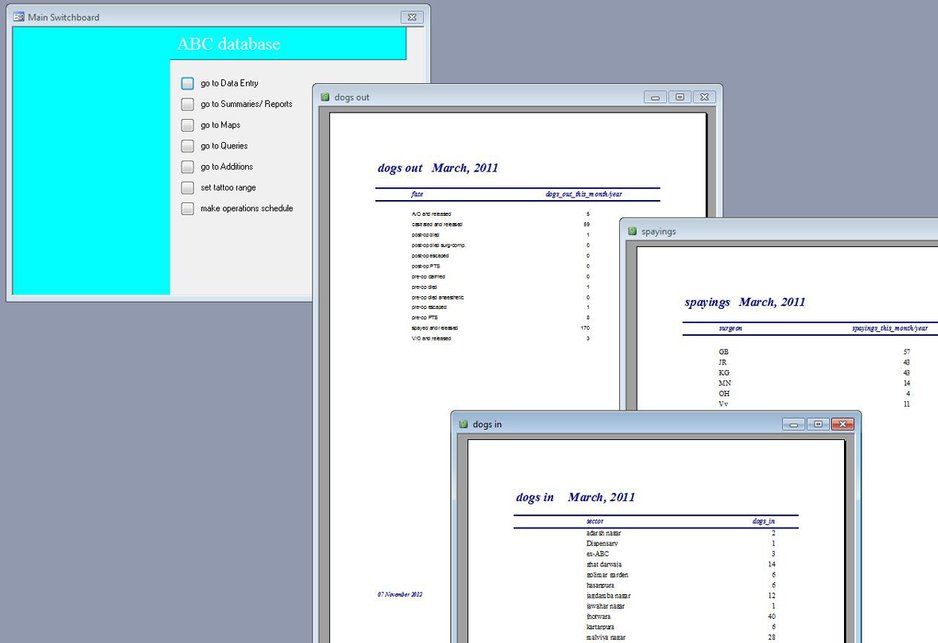